I’ve finally completed my prototypes for a child and adult version of the hat that I’ve decided to call Bilskirner. The design changed a bit since the first prototype… My family was not impressed with the rib edge on the first prototype, so my hands were tied. I had to make a garter edge in the final version, and I must admit it looks better. 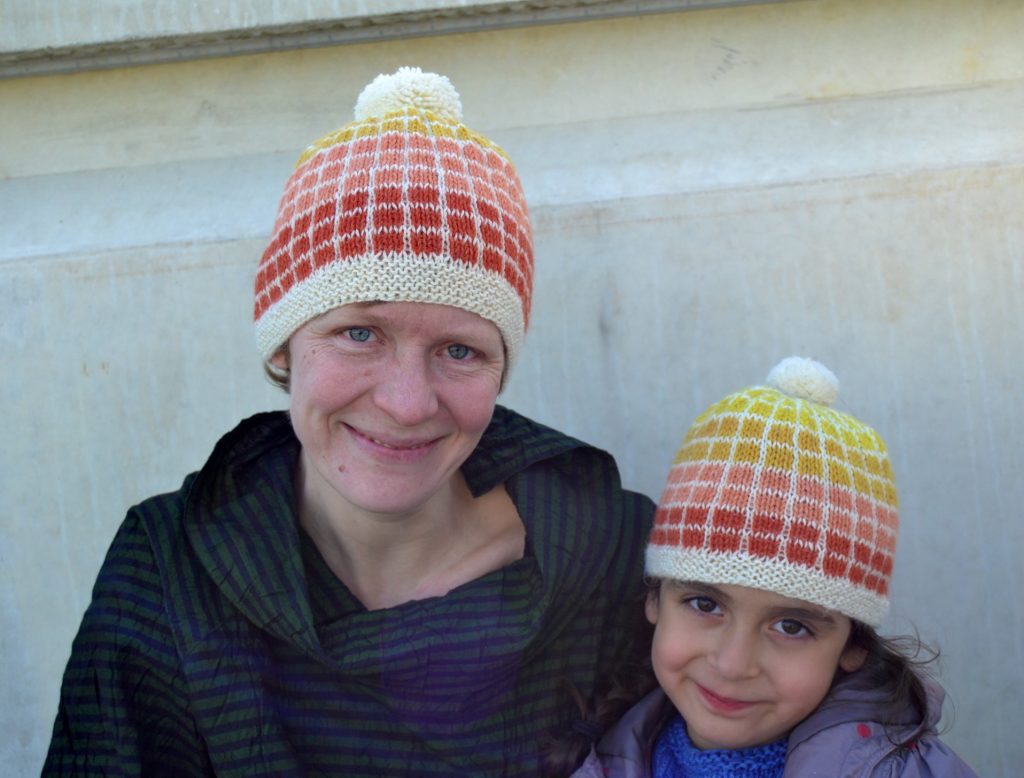 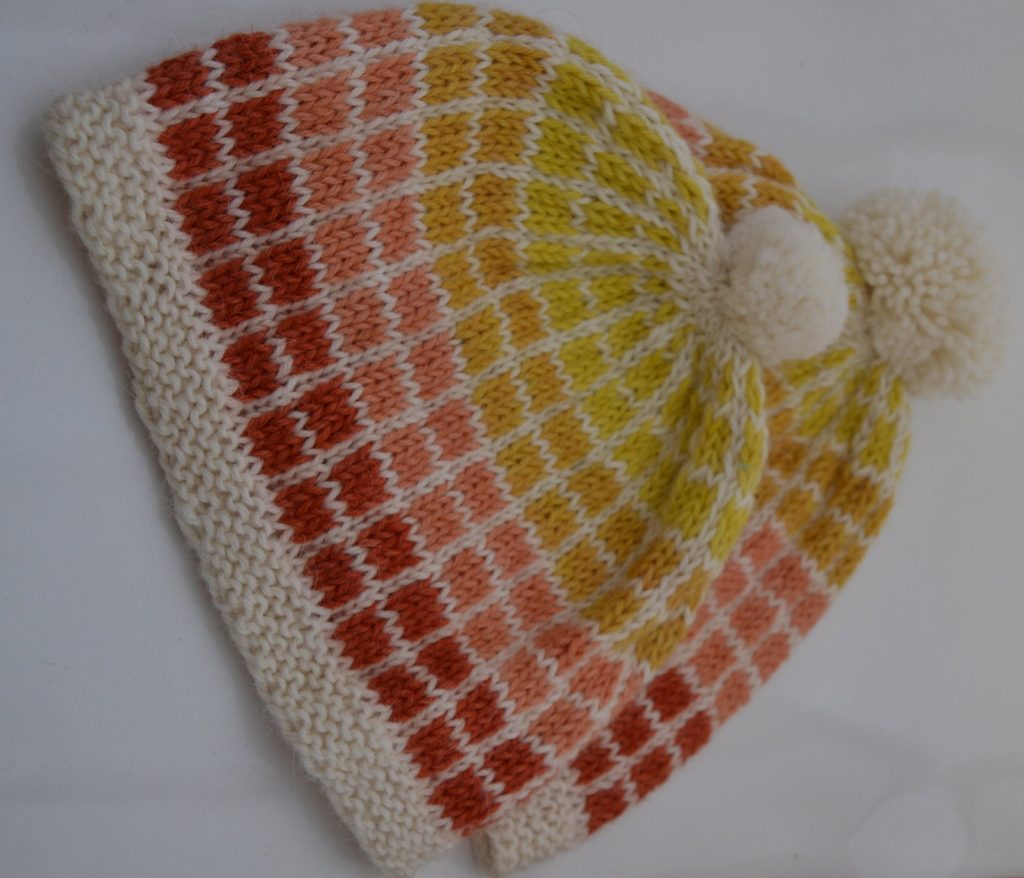 In Norse mythology, Bilskirner is the home of the thunder god Thor. According to one of the Icelandic manuscripts called Grímnismál, Bilskirner with its 540 rooms is the largest building known. There are a lot of translations of Grímnismál (you can see some here), here’s one that I like:

Five hundred rooms and forty withal
I ween that in Bilskirnir be;
of all the halls  which on high are reared
the greatest I see is my son’s.

I imagine the huge home of the thunder god as an angular complex, and it feels like a match with my simple geometric unisex design.

And talking of a big angular complex, we went to one such and that’s actually where we took the top snapshots of us wearing the hats: on the roof of the new Moesgaard Museum outside Aarhus. I love the way this building rises out of the ground, it gives you the feeling that the ancient objects on display are somehow still under the ground

Plus, there’s the view from the top of the roof, you can see the land at the other side of the bay (Mols) 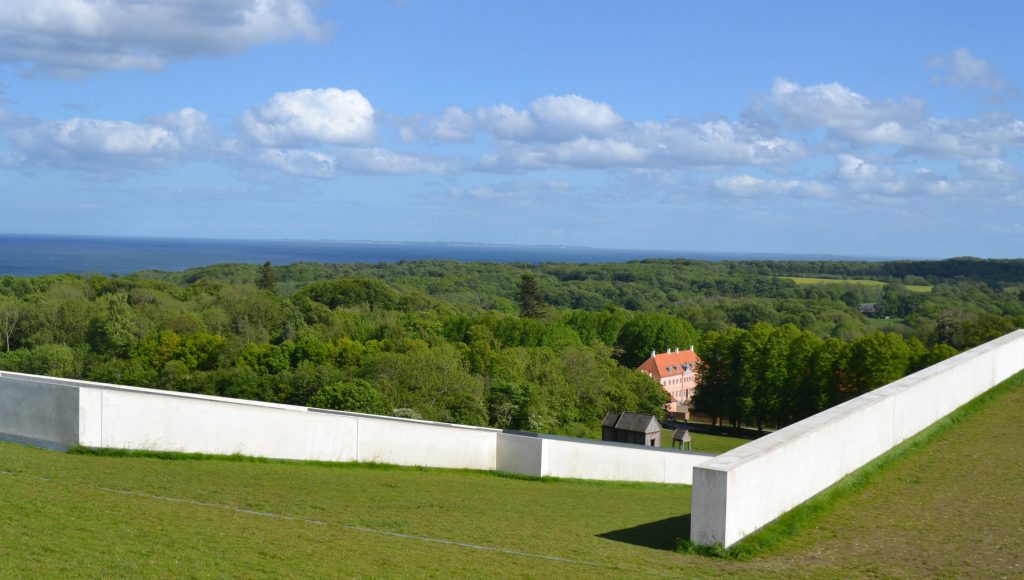 We saw the exhibition there of the  Chinese terracotta soldiers that were found alongside the first emperor. They were truly beautiful! 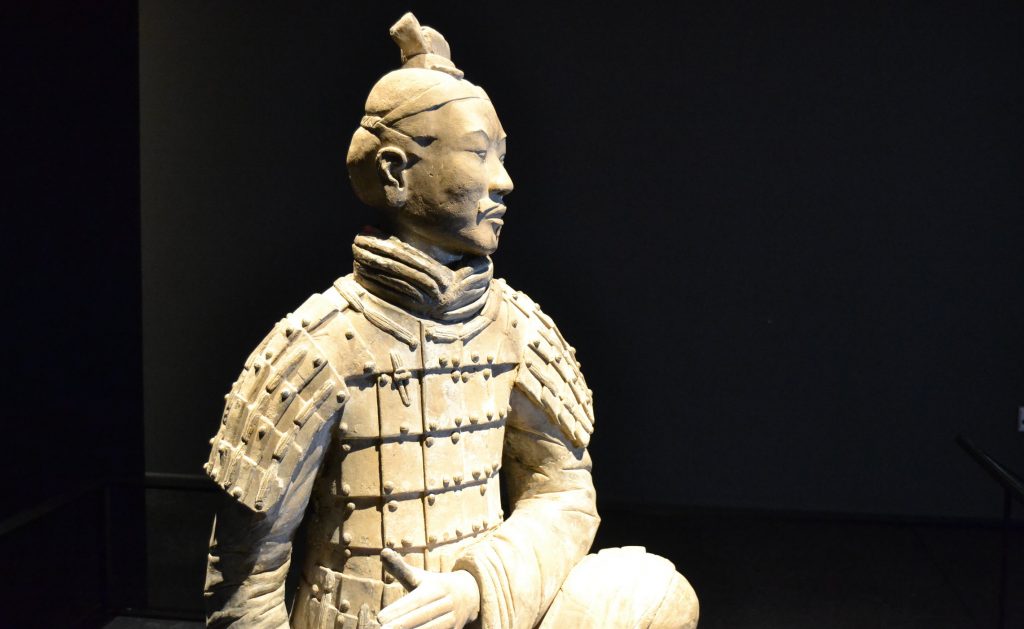 Pattern Bilskirner, my pattern that is now ready for test knitting. Comment below if you want to test the pattern

Colors Gradient from madder to tansy, on a natural white background

Conclusion I’ve had good fun designing this hat. The rib edge on the first version drew the eye away from the color pattern, so I’m happy with the garter edge on the final version. At this point, all that remains is to race off to my dye pots to make some more color schemes!