Over the Easter, we had lots of sunny days, and temperatures around 15C. Over the past few weeks, more and more flowers peek out. It seems that spring is here, and that meant that the entire family could enjoy our Easter flu/stomach flu outside in the sun!

This year, I’m making a real attempt to grow some dye plants myself. In the middle of February, I sowed dyer’s greenweed (Genista tinctoria) in pots outside, only to have this happen a couple of days later: 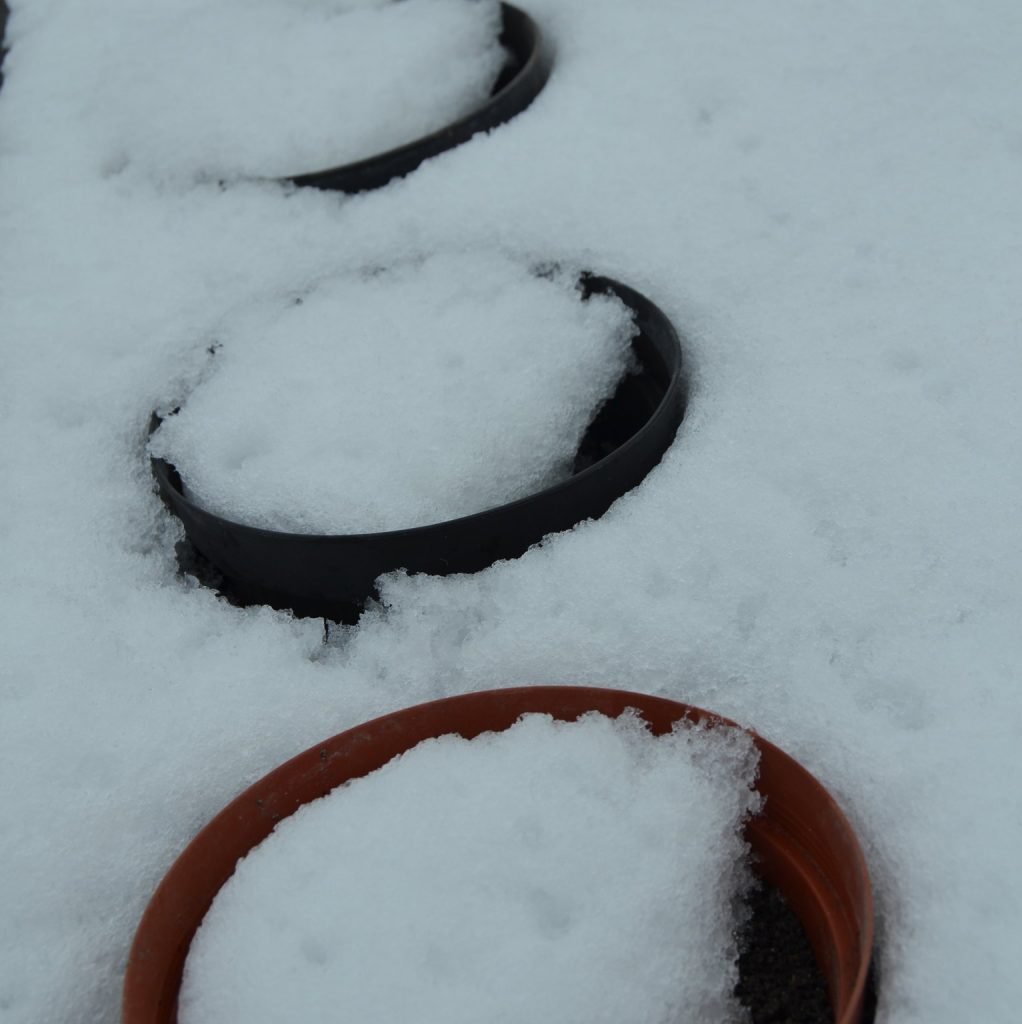 I was not thrilled. The seeds of dyer’s greenweed need cold stratification: a period of moist cold to break the seed’s dormancy and let it germinate. But surely this was too much? This scientific article shows that 5C for 3 months improves germination, so this was colder than that. But my seeds actually made it under the snow, and have just grown above soil now

On March 11th, I sowed woad seeds, and they are also just visible now

Maybe not very exciting in the grand scheme of things, I know, but I’m excited because my previous attempts at growing woad were less successful than this! Just in case, I’ve sowed some more woad seeds on April 3rd. Same day, seeds of coreopsis (Coreopsis tinctoria), St John’s wort (Hypericum perforatum), and yellow chamomile (Anthemis tinctoria) went into the ground. So now it’s just fingers crossed.

In case you’re interested: I bought some of my seeds from Wild Colours and the rest from Urtegartneriet (their seeds are organic).